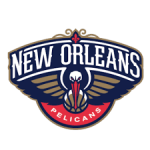 The New Orleans Pelicans pushed their chips to the middle of the table acquiring CJ McCollum last year. Can he help lead a young and talented team highlighted by the return of Zion Williamson to a deep playoff run? Are they this years dark horse title contender? Here’s everything you need to know about the upcoming Pelicans season.

Led by All-Star forwards Brandon Ingram and Zion Williamson, the Pelicans have a talented core that could make them one of the top teams in the league. Trajan Langdon and David Griffin have built one of the deepest teams from top to bottom. Jonas Valanciunas returns to once again win the title of League’s Most Underrated Big Man award. Veterans Devonte’ Graham and Larry Nance anchor the bench of tantalizing talents like Dyson Daniels and Trey Murphy III.

The Pelicans are poised to make a deep playoff run this season coming of an emotional playoff appearance. Head Coach Willie Green will have his work cut out managing minutes and production. He also could have two contenders for MVP honors, with both Ingram and Williamson expected to put up huge numbers on a nightly basis.

Fans in New Orleans are excited about what’s to come over the next few years, as they believe their team has all the pieces needed to be successful in today’s NBA. With their sights set on an NBA championship, the New Orleans Pelicans will give it everything they’ve got in every game this season. They’re hungry for success, and they’re ready to take on all challengers as they look to reach new heights in 2022. Here’s hoping that they can bring home an NBA title for all of their loyal fans!