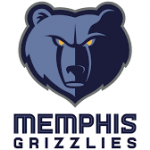 The Memphis Grizzlies surprising surge shocked the League last year as a new era of Griddy and Grind took root on Beale Street. But is this success sustainable? Here’s everything you need to know about the upcoming season for the Memphis Grizzlies.

The Memphis Grizzlies had a fantastic season last year, led by the dynamic play of Ja Morant. With Morant at the helm and a talented supporting cast, the Grizzlies are poised to make a run deep into the NBA playoffs this year.

Morant is easily one of the most exciting young players in the league, with his lightning-fast speed and creative playmaking ability making him a nightmare for opposing defenses. He has shown an impressive ability to score both inside and outside, using his combination of strength and athleticism to finish around the basket or hit jumpers from long range.

Alongside Morant, the Grizzlies have plenty of other talented players who will contribute to their success this season. Desmond Bane has blossomed into be one of the shooters in the league, with his all-around skill set making him a versatile contributor on both offense and defense. Meanwhile, players like Jaren Jackson Jr., Dillon Brooks, look to provide valuable production on both ends of the floor. Resigning Steven Adams retains character and toughness and an underrated offensive skillset to a dynamic team.

With all these talented players leading the way, there is no doubt that the Grizzlies will be one of the top teams in not just their conference but also in all of basketball this season. Coach Taylor Jenkins has been working all offseason to expand the offensive scheme he installed on his arrival. If they can continue to build on their success from last year and make a deep playoff run this spring, it could be just the beginning for this young team moving forward.