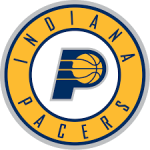 The Indiana Pacers are gearing up for what promises to be a year of transition in the 2023 NBA season. An influx of young talent has arrived after years being competitive as the Pacers look to forge a new identity. Here’s everything you need to know about the team.

The Pacers have hit the reset button after trying to build a team around Dumont’s Sabots for 2 seasons.  Enter Tyrese Halliburton who looks to not only take over the lead point guard role but also the role of face of the franchise. Rick Carlisle looks to help develop Halliburton into one of the premier floor generals in the Association. Myles Turner returns to anchor the defense and assume a more prominent role in the offense, if healthy Myles will likely challenge for the League lead in blocks and could be in line for DPOY consideration.

Training camp battles will dictate the early season lineups built around Tyrese Halliburton and rookie swingman Bennedict Mathurin. The Pacers are deep with tradable contracts and will look to acquire future draft capital especially if the young players step up and take a lion’s share of the minutes.