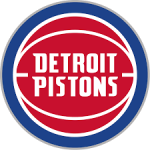 While the Detroit Pistons have not had the most successful NBA season in recent years, they are hopeful that this year will be different. Cade Cunningham enters his sophomore season looking to lead the Pistons to the playoffs. Here’s everything you need to know about the Pistons upcoming season.

The Pistons have added some new players that they hope will make a difference this season. One of these players is Jaden Ivey, who they drafted with the 5th overall pick in this NBA Draft this off-season. Detroit also added Jalen Duren , drafted 13th, in a three team deal with Charlotte and New York completing General Manager Troy Weaver’s first step in Detroit’s rebuilding process. They’ll be welcome additions for Cade Cunningham who returns after an impressive rookie campaign. Marcus Bagley III impressed enough to earn an extension and looks to solidify the young front court with Isaiah Stewart.

The Pistons are infused with youth and talent that will be Dwane Casey’s charge to develop into a winning team. With the bulk of the rebuild now in progress Pistons fans are going to expect growth, should the young team suffer a setback it will be interesting to see how the front office responds, but it is going to be an exciting time at Little Caesars Arena.