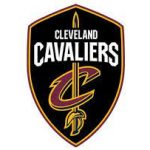 After months of anticipation, the Cleveland Cavaliers are set to tip off their 2023 NBA season. This is a huge year for the Cavs, as they look to take the next step after surprising the league in last season’s campaign. With a new premier piece in place Cleveland is poised to make some noise in the Eastern Conference this season. Here’s everything you need to know about the Cavs heading into the 2023 season.

The biggest question surrounding the Cavs heading into the season is how they will mesh with their new pieces. Cleveland shocked the NBA by trading for All-Star Donovan Mitchell this offseason adding him to an already potent lineup.  The Cavs also added key veteran pieces in Ricky Rubio and Robin Lopez who will provide leadership and stability in the locker room. This is still a young team, but one that has the potential to be special down the road.

The most important thing for Cleveland this season is to continue to develop their young core. A Garland, Mitchell, and Mobley trio has the chance to  have Cleveland contending for the foreseeable future. One thing is for sure, the Cavs will boast one of the most dynamic scoring backcourts in the upcoming NBA season.