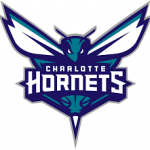 It’s been a while since the Charlotte Hornets have been relevant in the NBA postseason.They haven’t made it to the playoffs outright since 2016. With a young core of talented players and a new head coach, there is reason to believe that this could be the year that the Hornets make a return . Here’s what you need to know for the upcoming season at Spectrum Arena.

LaMelo Ball followed up his ROY campaign with his first All-Star Game birth and look to lead the Hornets to the playoffs in year 3. Ball is a gifted scorer and playmaker and will be one of the best players in the league for years to come. He’s joined by shooting guard Terry Rozier and look to be one of the NBA’s best backcourt duos. P.J. Washington takes over for Miles Bridges at PF and veteran Mason Plumlee will start at C. Washington has shown the ability to score both inside and out while providing good help defense. Gordon Hayward returns at small forward and looks forward to a healthy season.

It’s been a while since Charlotte Hornets fans have had anything to cheer about. With a young core of talented players and the return of Steve Clifford as Head Coach there’s optimism at Spectrum Center. Hornets fans are ready to make some noise in the playoffs but that may be a more challenging goal this season. With a roster in flux and needing of continued development LaMelo will nee to shoulder a larger load offensively while improving efficiency. Much will depend on the development of the stable of young talent GM Mitch Kupchak has put together.