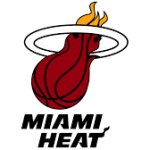 The Miami Heat had a bitter end to their season with a playoff loss at the hands of the Boston Celtics. Questions remain as the rest of the league made major changes while the Heat decided to stand pat and run it back. Here is everything you need to know about the Miami Heat’s 2022-2023 NBA season.

With Jimmy Butler leading the way Miami will remain competitive in a strengthened Eastern Conference. If the Heat want to contend for a championship eyes will turn to both Bam Adebayo and Tyler Herro for their continued development and increased role. Kyle Lowry returns healthy after a difficult season to solidify the point guard position. There is a glaring hole at power forward that Head Coach Erik Spoelstra will look to fill by committee. Expect Duncan Robinson to get the majority of minutes to at the 4 to open up the season.