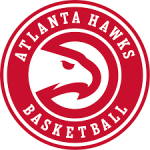 The Atlanta Hawks opened last season with championship aspirations after reaching the Eastern Conference Finals. However inconsistent play and injuries plagued the Hawks all season long. Trae Young looks to lead Atlanta’s rebound as the Hawks look to return to the playoffs.

The Atlanta Hawks trading for All-Star guard Dejounte Murray adds an elite two-way player and makes one of the most dynamic backcourts in the NBA. A healthy De’Andre Hunter and John Collins look to develop a more consistent offensive role to help create a young dynamic core. Expect to see a timeshare between Clint Capela and Onyeka Okongwu as the young big man began to see more minutes towards the end of last season, his development will prove key to the Hawks establishing an interior defense.

The Hawks went from NBA darlings to a team with major questions centered around chemistry and fit in the span of a single NBA season. One of the most major glaring questions was about bench production. Bogdan Bogdanovic is back with the additions of Aaron and Justin Holiday for a new look bench unit. The development of former 1st round draft selection Jalen Johnson becomes a season must watch. He could potentially fill the glaring need of an athletic 2-way wing off the bench. Atlanta struggled at times last year as teams seemed to figure out how to bog down Atlanta’s offense. Should they stumble out of the gate Nate McMillan will begin to feel heat of the Hawks fanbase, eagerly looking to a return to the Eastern Conference Finals.