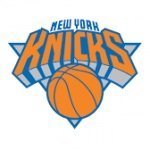 The New York Knicks are returning with a reason for optimism heading into the 2022-2023 season. Jalen Brunson teams up with Julius Randle to lead a hungry fanbase back the playoffs. RJ Barrett is signed long term and has his sights on the All-Star Game. Let’s take a look at what the upcoming season has in store for the Knicks.

The Knicks have a talented mix of young players and experienced veterans. Headlined by RJ Barrett and Mitchell Robinson, both who received contract extensions in the off-season,  Leon Rose’s methodical rebuild looks to take the next step. With a bounce back year from Julius Randle and Evan Fournier, the Knicks might shock some naysayers in the Eastern Conference.

After missing out on the playoffs last season fans have begun to question whether or not the current rebuild has been successful. Head coach Tom Thibodeau will look to lead the team back to the playoffs after missing out last year. Internal development of the young talent will be key. Obi Toppin, Immanuel Quickly, and Quentin Grimes go into this season with the needing to be major contributors off the bench. Should the Knicks falter and fall out of contention early expect sweeping changes in the front office and coaching staff. However with RJ Barrett, Mitchell Robinson, Julius Randle, and Jalen Brunson leading the way, there is reason for optimism heading into the 2022-2023 season.